The Four Stages of Sleep & the Science of Dreaming 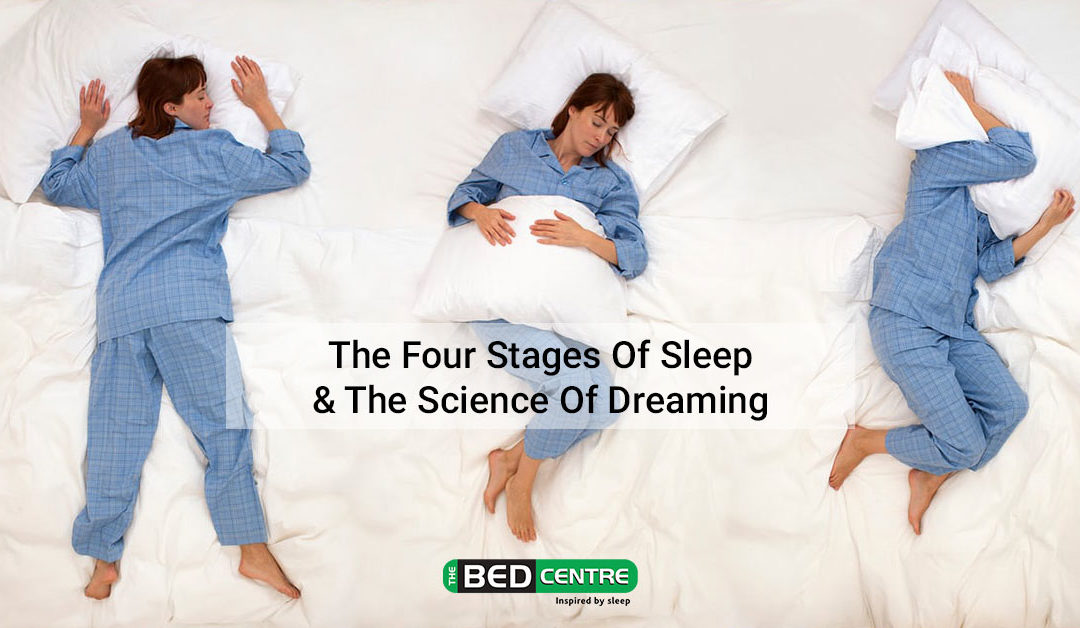 The four stages of sleep and the science of dreaming…

At Bed Centre we understand how important the four stages of sleep are to your functional health and continued optimal performance. The four stages of sleep are characterized by: Non-REM (NREM) sleep (Stages 1, 2 & 3) and REM sleep which is accompanied by brief periods of wakefulness that may occur before and intermittently throughout the various sleep stages or as one begins shifting sleeping positions.

Stage 1 is the lightest stage of NREM sleep which is often characterised by the presence of slow eye movements. One finds that this drowsy sleep stage can be easily disrupted leading to awakenings. During Stage 1 muscle tone throughout the body begins to relax and brain wave activity begins to slow down as you begin to lose wakefulness. Occasionally people experience hypnic jerks or abrupt muscle spasms while drifting in and out of Stage 1 and in some cases you may even experience sensation of falling.

Stage 2 is the first stage of defined NREM sleep, where one finds that awakenings do not occur as easily as in Stage 1 sleep and this stage marks the point where slow moving eye rolls discontinue. During stage 2 the body temperature begins to decrease and heart rate begins to slow. Brain waves will continue to slow down with specific bursts of rapid activity occurring and these are known as sleep spindles which are intermixed with sleep structures known as K complexes. It is thought that both sleep spindles and K complexes serve as protection mechanism for the brain to help prevent it from awakening from sleep.

Stage 3 is the most restorative stage of sleep, stage 3 is characterized by the presence of delta waves or slow waves and this state is known as deep NREM sleep.  Awakenings are rare and more often than not it is very difficult to wake someone in Stage 3 sleep. We also find that parasomnias like sleepwalking, sleep talking or somniloquy and night terrors will occur during this deep stage of sleep.

REM sleep or rapid eye movement is most commonly known as the dreaming stage.  Eye movements are rapid, moving from side to side and brain waves are more active than in Stages 2 & 3 of sleep. Awakenings and arousals can occur more easily in REM; being woken during a REM period can leave one feeling groggy or overly sleepy. The cardiovascular system goes through periods of dramatic acceleration followed by dramatic deceleration. The brain paralyzes the body so that the mind has the ability to dream safely without physically acting out of the dreams themselves.

Here is interesting thought that when we dream, we essentially become a little psychotic as we begin to see things that aren’t there (hallucinations), and we are prone to believing things that couldn’t possibly be true (delusions), with wildly fluctuating emotions, while being confused about the time and setting within the dream state.

During REM sleep, some parts of the brain become 30% more active compared to when you are awake, the parts of the brain regulating emotion starting ramping up along with visual and motor cortex’s. While the prefrontal cortex in the brain gets shut off leaving no driver or controller at the wheel in the dream state.

Then noradrenaline (a stress chemical), the sister chemical of adrenaline, plummets to very low levels in the brain, during REM sleep and when you wake up you will experience a spike of noradrenaline. While Noradrenaline goes down another chemical called acetylcholine, goes up during REM sleep. It turns out that this specific balance of noradrenaline and acetylcholine are responsible for the input and output of information flow into the memory center of the brain. REM sleep is more about output (generating dreams) than input (the saving of memories and dreams).

During a night’s sleep we will typically go through sleep cycles which is the progression through the various stages of NREM sleep to REM sleep before beginning the progression again with NREM sleep. In a night a person would begin a sleep cycle approximately every 90-120 minutes which should result in four to five cycles while asleep.

Did you know that our brain replays memory sequences we have learned while awake, but rather at speed that is 20x faster than when you’re awake. It’s a case of practice doesn’t make perfect but rather its practice with a night of sleep makes perfect. Sleep is intelligent it doesn’t just improve the places where you are already good in terms of motor skills it seeks out friction points or motor skill deficiencies, and smooth’s them out and also improves them.

During dream sleep we take old information and combine it with the new information we’ve learned to form new connections or associations. It is for this reason that one might often find new solutions to previously unsolvable problems after a good sleep. At Bed Centre we understand the science of great sleep, and we believe we may just have the right bed to unlock every ounce of your creativity as you dream your way to a better you! 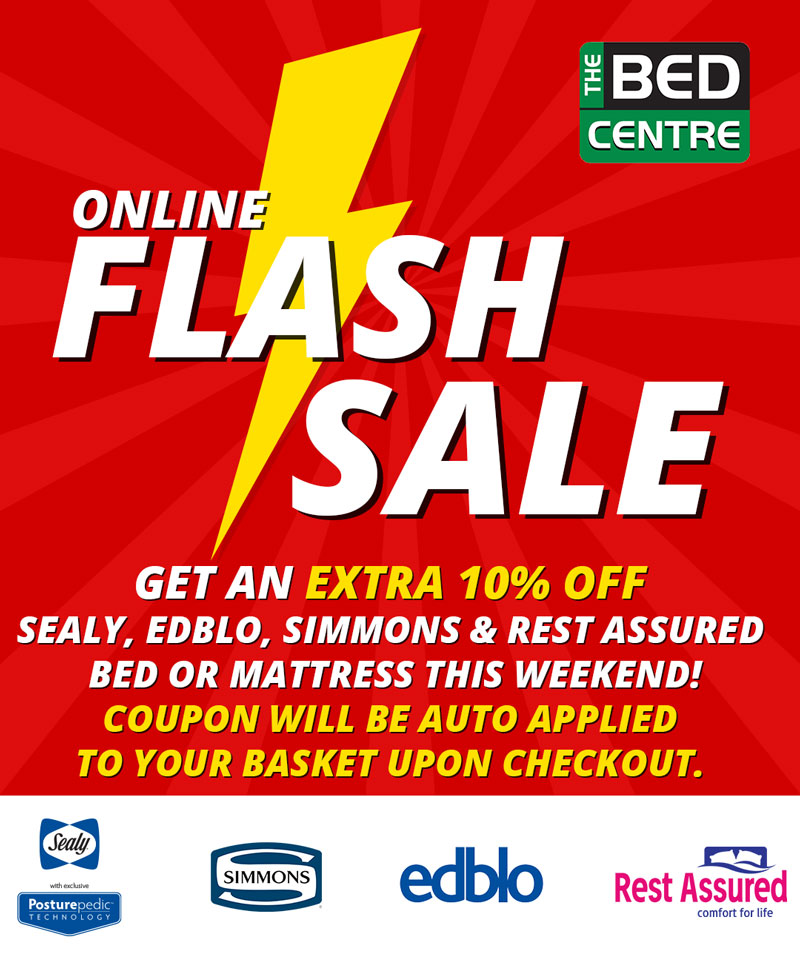